You are here: HomeUncategorizedEarth Day 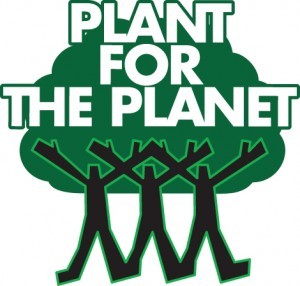 Earth Day is one holiday the entire world can celebrate by giving back to our one and only Mother Earth. The first Earth Day was organized by peace activist John McConnell, coinciding with the 1969 UNESCO conference held in San Francisco around the Spring Equinox on March 20th.

John McConnell was a Midwesterner who moved to San Francisco to pursue his interest in activism. He was a prolific activist, organizing campaigns for many causes, including peace, hunger, and environmental issues. McConnell’s activism was inspired by the appalling pollution he saw while working at a plastic factory. McConnell became so disgusted with the pollution resulting from plastic manufacture that he made it his life’s work to promote environmental activism and stewardship.

Earth Day became a recognized holiday in 1970 with the help of Wisconsin-senator Gaylord Nelson, who continued his environmental work after being voted-out of the senate. Since 1970, Earth Days are held on April 22nd of every year. Even Senator Nelson couldn’t predict the success of his ambitious idea, saying of the project, “it was a gamble, but it worked.”

The 1970′s were an important time for environmental legislation. There was momentum built up by the growing awareness of social issues, pollution, and our impact on wildlife and wilderness.

Today many of the same issues exist: threatened and endangered species, pollution from nuclear waste, coal, munitions, boats, pharmaceutical waste, untreated sewage, mining waste, brewing waste, and so on. The Earth is not our garbage can, but we often treat it that way.

Since the new millennium Earth Day has added Global Warming as a key issue. The good news is 2007 was the most successful Earth Day with an estimated one billion people participating in close to two hundred countries all over the world. The most common way to participate is to plant a tree.

Planting a tree on your property can benefit the earth in a number of ways. Trees remain the most economical and effective way of removing carbon dioxide from the atmosphere. A mature a tree can offset 48 lbs of CO2, and at the same time return enough oxygen for two people. Shade from mature and growing trees can cool buildings significantly, reducing the amount of time the air conditioner needs to run.

Lagerstroemia, Crape Myrtles can vary great in height from cultivar to cultivar, but many are fast growing and they are available in a range of colors, from lavender to bright red. Look for Muskogee, Tuscarora, Arapaho, or Red Rocket, all grow up to five feet per year.

Trachycarpus fortunei, Windmill or Chusan Palm is one of the most rugged and easy to grow up all the palms. Drought tolerant these Chinese palms grow up to two feet per year with very little care.